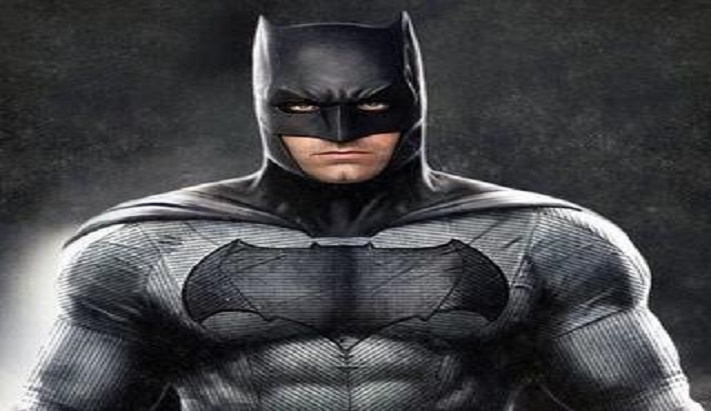 Michael Keaton, Val Kilmer, George Clooney, Christian Bale and Ben Affleck. The career of these five actors goes far beyond Batman, a mythical figure in popular culture who has not ruined the lives of the men who lent him his jaw, as happened with Christopher Reeve, Brandon Routh, and Henry Cavill. The curse of Superman prevented the actors who played Clark Kent from getting rid of the ballast of that character. The reason may be that in the Batman movies the protagonist is the least. The villain is always the one who sets the rules and the dark knight only reacts to them but never takes the initiative.

The cinematographic trajectory of Batman is the most absurd and profitable of the cinema of superheroes. The spectators are already domesticated and we understand that, as with James Bond, Batman movies are enjoyable because they are always the same but at the same time each new release is an opportunity to reactivate the conflict of the hero who least likes himself. And while they continue to give money, the list of actors temporarily installed in Gotham will not stop growing.

It is impossible to remember a single Batman scene in this movie. Watching Batman Forever is like drowning in a ball pool: you only see colors and you can not get out of it. Val Kilmer plays Bruce Wayne with only one goal: to be handsome. The director will go down in history as the man who put nipples to the bat-suit and who ended up giving a punch to Kilmer to stop treating the whole team as if they were cockroaches.

Nicole Kidman discovered that if she smoothed her hair she could have a career in Hollywood and Tommy Lee Jones did not hesitate to tell Jim Carrey how much he hated him at the slightest opportunity. The movie is similar circus fluorescent pajamas, leopard skin explosions with sparks that when Bruce Wayne sits down to enjoy his time thinking about his parents with a frown it seems that at any moment they will come out bats with false eyelashes.

It was not easy to close the trilogy that turned the superhero cinema into a work of art, but Nolan would have been happy to accept rewrites or advice in the script. The worst thing that can be said about this movie is that if any of its scenes are deleted at random nobody would notice. Everything happens just because, the spirits lie (and if we can no longer trust or stellar appearances there is nothing to believe) and Batman takes his time to prepare a giant gunpowder bat to make his reappearance in Gotham more dazzling. That sums up the film: a succession of shocking moments for the trailer that tries to build a story that nobody remembers.

What we can not forget is that sloppy death worthy of Tuesday and 13. If Christopher Nolan gave that shot is good because he just wanted to finish and go home.

As will Captain America next month . Civil War , this film proposes that we take a side. In times of Twitter, nuanced opinions do not interest us and we have returned to “either you are with me or against me”. Hard decision. On the one hand, Superman has been given his powers magically and has an advantage while Batman is a self-made man. For another Bruce Wayne is a millionaire with a lot of free time and Clark Kent is a journalist who unlike Wayne gets up every day before lunchtime.

Batman plays with advantage because the current cinema feeds on guys like him, depressed, tortured and pessimistic. Superman, so bright and refreshing, seems old-fashioned and makes us angry. But it does not matter which side we are on. The film is a victim of the path that Christopher Nolan took for his trilogy of The Dark Knight. It is slow, poetic and portrays the anguish of the human being before the slowness of the bureaucracy. Then he seems to remember that he has to give the public a ration of fights and the heroes begin to destroy street furniture as if Bruce Wayne had hidden interests in requalifying Metropolis land. After two and a half hours the spectators leave bewildered, without knowing very well what they just saw.What they have just seen is 150 minutes of Zack Snyder trying to earn the nickname “Tito Zack” among the male audience.

There were no social networks yet, but Burton already faced the wrath of the fans when he chose Michael Keaton as the legendary lord of the night. Tim defended that Keaton brought that spirit of permanent discomfort in his own skin that the character needed, and he was absolutely right. No one ever knows what is going on in the head of his Bruce Wayne, which makes him an unpredictable and dangerous being against his peers and against himself.

Jack Nicholson was in another movie. In one sponsored by Red Bull. His stratospheric salary, the highest of the history so far, the songs of Prince, the supreme beauty of Kim Basinger and the mastodontic promotion campaign that hid the image of Batman until the day of the premiere all the news of the world opened with she became Batman in an unprecedented phenomenon in the summer of 1989. the new Hollywood machinery razed to such a level that few remember that Batman takes an hour to appear and that the film does not really have an argument. What we can not forget is that extravagant batmobile, the hair on the head that caused us the bat-signal in the sky or the chilling threat almost mafia”Have you ever danced with the devil in the light of the moon?”

Nobody asked for this reboot of the franchise but Warner had invested so much money in failed projects (testing people like Clint Eastwood, Brad Pitt or Darren Aronofsky) that something had to get out of there. The result is a Batman that struggles to escape the previous saga. He knows martial arts, his cachibaches are industrial and he has very bad milk. There is no place for color or jokes in a taciturn movie that has lost faith in the human being. You can tell that, before the movie started, someone must have asked Nolan “have not you got any women?” and he must have answered “a woman? What’s that?”, to end up signing Katie Holmes as Rachel Daws.Her role as a woman is to cut Bruce off every time he goes to party with two models and remind him to do his homework. I’m sure Bruce refers to her as “the boss”.

As happened with Alejandro Sanz when he swept over More and many rediscovered his previous career, Batman Begins was not appreciated as a good movie until The Dark Knight arrived. In its premiere, the confusing scenes of action in which nothing was seen at all were very critical, but Christopher Nolan learned to shoot action in Origin and it is useless to look for guilty of that fashion. But the fault lies with The Bourne Myth.

This film redefines the concept of “for what I have left in the convent, I shit inside”. Tim Burton and Joel Schumacher worked on the idea of a monstrous alliance between Catwoman, the Penguin, Two Faces and the Enigma that aimed to kill Batman once and for all. Warner perceived this approach as “there are no new dolls” and demanded new characters. Burton left the franchise and Joel Schumacher destroyed the psychologically conflictive universe of the three previous installments.

Arnold Schwarzenegger was the star, although the director wanted Anthony Hopkins. Uma Thurman was a transvestite version of Catwoman and Alicia Silverstone was a rich girl who seemed to want to fight evil just because the Batgirl costume made her good legs. The film was spiced up with all the word games with “cold” that we can imagine, jokes on pizzas and a George Clooney that contributed his charisma and finally showed why Bruce Wayne is a high society triumph. Obviously Batman and Robin is a disaster, but it is also hypnotic.It is a testimony of how Hollywood is in the background run by executives who believe that the public is an idiot, of actors who are regretting being there in each scene and especially of a director who realized that what Warner wanted It was a clown so he gave them the greatest stupidity ever filmed. If you have no choice but to make a bad movie, you’d better be the worst possible.

A tragic fairy tale, characters trapped in their disguise and permanently on the verge of madness and a fierce criticism of the media. Tim Burton put down a melancholy reflection on success when all they expected from him were blasts and bizarre cars . The scene in which Bruce and Selina dance in a masked party being the only ones that go bare-faced represents the impossibility of changing or overcoming adversity. Their masked identity has engulfed their humanity and both are repulsed by the real world. They know that they are enemies and that to stop being so they would have to renounce their personality. And all that is clear in the defeated looks of Michael Keaton and Michelle Pfeiffer, whose overwhelming beauty reached its peak here.The film explains its motivations ostentatiously and emotionally, without Michael Caine telling us in voice over.

No, we are not so original. The Dark Knight was an unprecedented phenomenon, the favorite superhero movie of those who do not like superhero movies, the Batman movie in which Batman paints less, the absence in the Oscars that pushed the Hollywood Academy to expand the number of nominees from 5 to 10, instead of losing their prejudices.

The world after 9/11 lived with fear. The threats in the movies were no longer alien invasions or paranormal phenomena: they were human beings with nothing to lose. “There are people who just want to see the world burn,” Alfred warned. And there is nothing more dangerous than the threat of danger, social disorder and anarchy in the institutions of power. The dark knight is also an intriguing police story that we can see with our parents, a study on human nature and the need to make decisions that are above us and a vindication of political leaders not as an instrument, but as a symbol to reassure to the community.

The Joker of Heath Ledger inaugurated a villainous archetype that has been plagiarized without qualms, but none of its imitators reached that genuine spirit of threat. Traditionally the villains are bad but lying, because we know that the hero will win at the end. The Joker destroys the life of Batman and manages to be the only villain of the genre that really achieves its goal. The tremendous box-office success showed that the audience, although at times distracted, is not as stupid as Hollywood believes. It only takes a director to have the guts to treat viewers as intelligent people.

You may also like to read about couchtuner movies for couchtuner,entertainment. 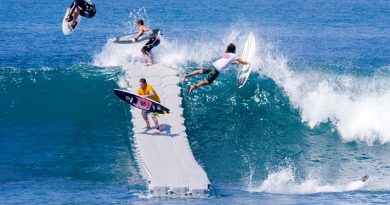 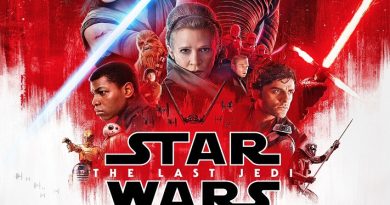 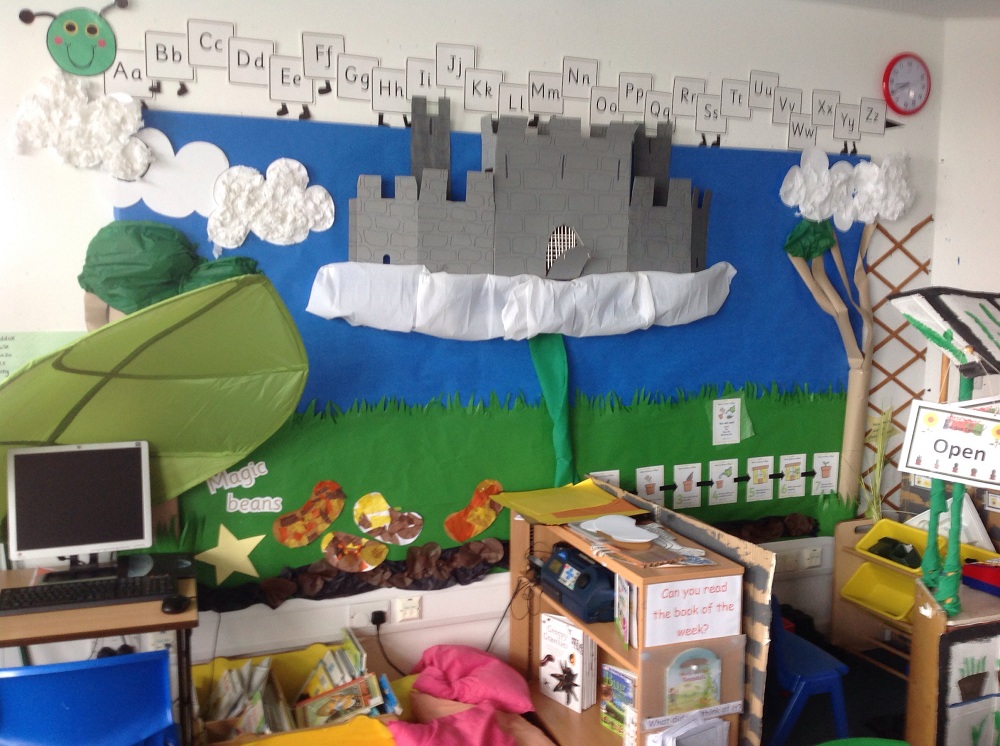