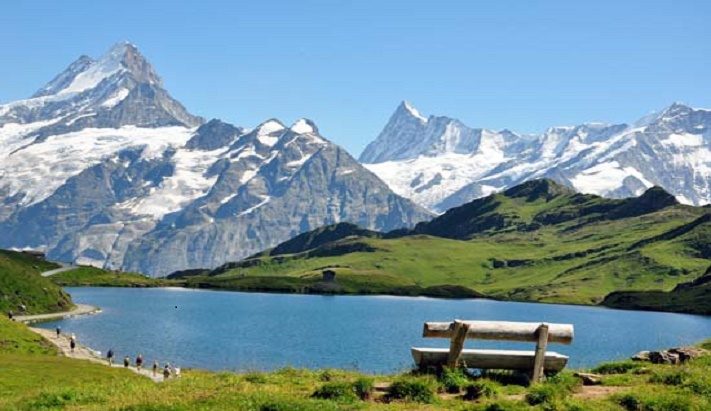 More than a thousand museums, modern cities, and small mountain villages are just some of the many reasons to travel in switzerland. Are you going to miss them?

The Swiss country offers a surprising cast of cities in contrast to landscapes taken from a canvas. One of the greenest nations in Europe  where four different languages are spoken . It invites you to escape to find the purest nature and practice hiking, mountain biking.

Called the ‘capital of peace’ for being the European headquarters of the UN and the Red Cross, Geneva is one of the must-sees in Switzerland. The “Jet d’eau” , a water spout 140 meters high on the shore of Lake Geneva. it is one of its most representative symbols. “Horloge Fleurie”, flower clock of the English Garden, which reminds us that we are in the cradle of the prestigious watchmaking art.

More than fifty art galleries, a hundred galleries and antique shops are the perfect excuse to travel to Switzerland. Or, if you prefer fashion, at Bahnhofstrasse you will find the most renowned brands of fashion, accessories, jewelry and watches. Zurich boasts the highest density of nightclubs in the country. Specially outstanding in the summer.For something is considered the city with the best quality of life in the world.

Burn  declared World Cultural Heritage by Unesco. It is surrounded by six kilometers of arcades under which shops and bars in underground cellars. Bern is another of the villas to see in Switzerland. You do not need more than a day to visit its decorative fountains, Clock Tower and cathedral.

Gateway to Central Switzerland, on the shores of the Lake of the Four Cantons , is one of the most touristic places to travel in switzerland . Its old town, with narrow streets and picturesque squares, gives it that characteristic aspect of medieval town that can be seen from the Chapel Bridge .In contrast, Jean Nouvel’s modern Center for Cultures and Congresses (KKL) tells us that Lucerna looks to the future.

Classical among the classics, this exclusive ski resort at the foot of the Matterhorn is another of the places of interest in Switzerland . Although you may not like the sport in the least. Vehicles that use fuel are prohibited from entering into an effort to preserve their historical heritage. Accessible by train from Täsch and Visp , Zermatt is a mythical and unique destination in the Alps for centuries, with restaurants of the highest level.

Located each summer of one of the most important classical music festivals in the world. Verbier is the most cosmopolitan of the Valais stations , with incomparable panoramic views over the Massif de Combins and Mont Blanc . If in winter it is ideal for professional skiers and beginners.In summer you can go on foot or by bicycle over 500 kilometers of marked trails. Another reason to travel in switzerland .

more than 45 mountain railways and aerial cable cars make Interlaken the ideal starting point for excursions. In addition, 200 kilometers of slopes with access by chairlift or ski lift, and boat trips through the lakes of Thun and Brienz . A must to visit in Switzerland at any time of the year.

Few cities can boast a medieval quarter like that of Freiburg, with more than 200 Gothic facades from the 15th century. One of the most touristic places in Switzerland invites you to go up to the ‘Funi’. A funicular railway that has been in operation since 1989, without electricity or polluting gases, and which uses purified water from the city to propel itself. Nor should we forget the cathedral, consecrated to San Nicolás , with a 74-meter tower from which the city can be seen from a bird’s eye view.

At 1560 meters altitude, it is the highest city in the Alps. Starting point of the famous railways Glacier-Express and Bernina Express , its lake is one of the liveliest to see in Switzerland , with beach, and surf and sailing center. Mountain bike routes and skateboards, as well as hang gliding and paragliding, invite you to visit Davos in summer, while other sports, such as skiing, snow surfing, ice skating or curling , will delight your fans in the season of winter.

Do you want to travel to Switzerland to be in the middle of nature? With just 7,000 inhabitants, Appenzell offers hikers paths of different difficulties, from small hills to boulders and peaks over 2,500 meters high. For the lazy, the aerial funicular allows traveling from Wasserauen to Ebenalp in just 15 minutes, crossing an idyllic landscape featuring the caves of Wildkirchli . And, back in the city, a visit to the Brauquöll Appenzell will show us how the local beer is brewed.

It concentrates the largest number of museums in the country, forty, some of them of international reputation, such as Basel Art, Cultures, Beyeler Foundation or Jean Tinguely . Green metropolis where there are, there are numerous gardens and parks that invite to the walk, like the Rhine bank, navigable to its delta in the North Sea. And, in its old town, bookshops ‘of old’ and boutiques of modern designers are a sample of the contrast of another of the places of interest in Switzerland .

At 1,200 meters altitude and with fantastic views of Mount Blüemlisalp , Kandersteg closes this list of the most beautiful places to see in Switzerland . With a wide range of accommodation, from mountain inns to campsites , designed for all budgets, it is also one of the best enclaves to savor local cuisine, with several restaurants awarded with three Gilde , a distinction given by an association of Swiss gastronomes, Your particular Michelin Guide. 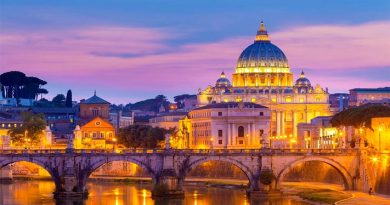 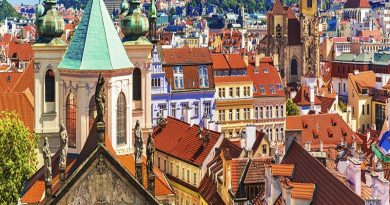 The 9 best destinations for traveling alone in Europe 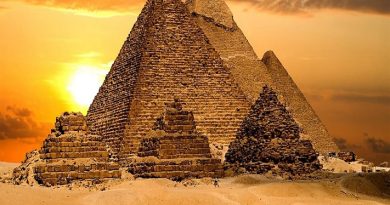