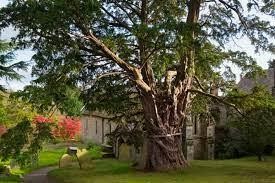 As spring is in the air, many of us associate this time of the year with new life and plants, flowers and trees starting to appear once again after the long winter. If you are a keen gardener, spring is a time of lots of jobs to get on with in the garden – from sowing new seeds, keeping plants healthy with things like this black spot on roses remedy https://greenacresdirect.co.uk/sulphur-rose-black-spot-on-roses-remedy.html and making sure that your garden is ready to look its best in summer.

We all love to see flowers and trees in bloom once again, and there are so many types of plants that we are lucky enough to be able to enjoy. However, the UK also has some plants that great care should be taken to identify, as they are also incredibly deadly. Here are some of the most toxic plants that you can easily find around the UK…

Hemlock – This plant in the carrot family can be found all over the UK. It favours disturbed soil and can be found near water, in ditches, alongside grass verges and in waste ground. It is tall with white flowers and resembles many other plants of this variety, including cow parsley. One of the ways that you can identify it is by the dark purple blotches on the stem as well as the pungent smell that is often described as being like a mouse cage! Hemlock kills by paralysing the lungs, so if in any doubt the best thing to do is to leave it be. 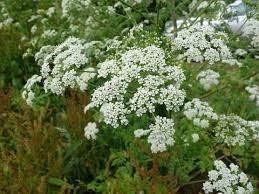 Yew – The mysterious and ancient yew tree is associated with death. Due to its incredibly long lifespan and the fact that it is commonly found in churchyards, you can see why. But it is also one of the deadliest plants in the UK. Every part of the plant is toxic; however, the berries are edible to birds – in fact they are a great source of food for them in the winter. Although the yew tree is deadly, in recent years it was also discovered that the deadly toxins in the tree can be put to good use medically and is used for treating some cancers. However, this is something that should be strictly left to scientists and doctors to prepare.

Wolfsbane – This pretty plant, also known as Monkshood, is something that can often be found in a typical garden. However, it is also one of the deadliest plants in the UK, despite its pretty deep blue-purple flowers. Every part of this plant is toxic, in particular the roots. The main poison that is found in Wolfsbane is Aconitine which is incredibly potent and affects the heart and the nervous system. Some people use this medicinally, but because it is so easy to get the wrong dosage and for it to become fatal, the best advice here is to not take the risk, as even experienced herbalists have got it wrong.